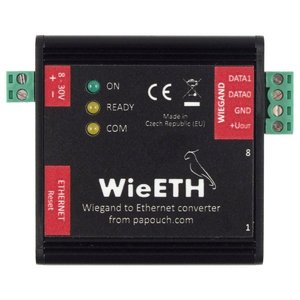 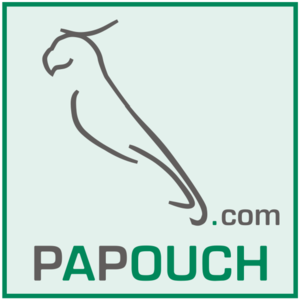 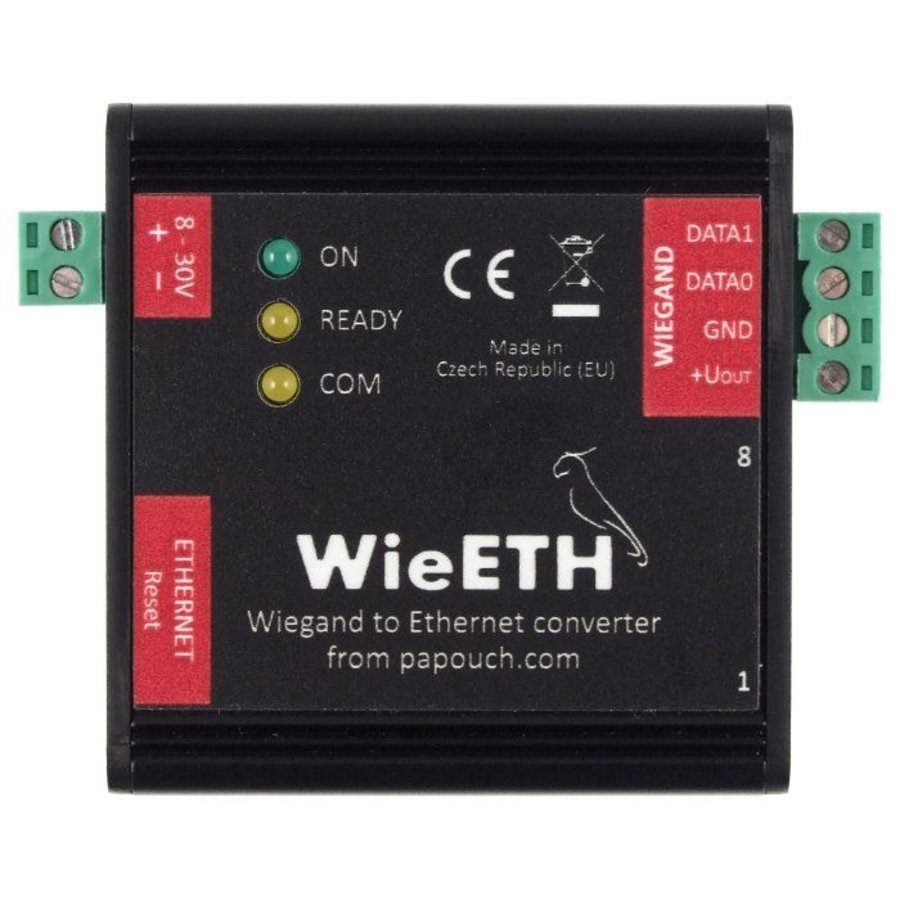 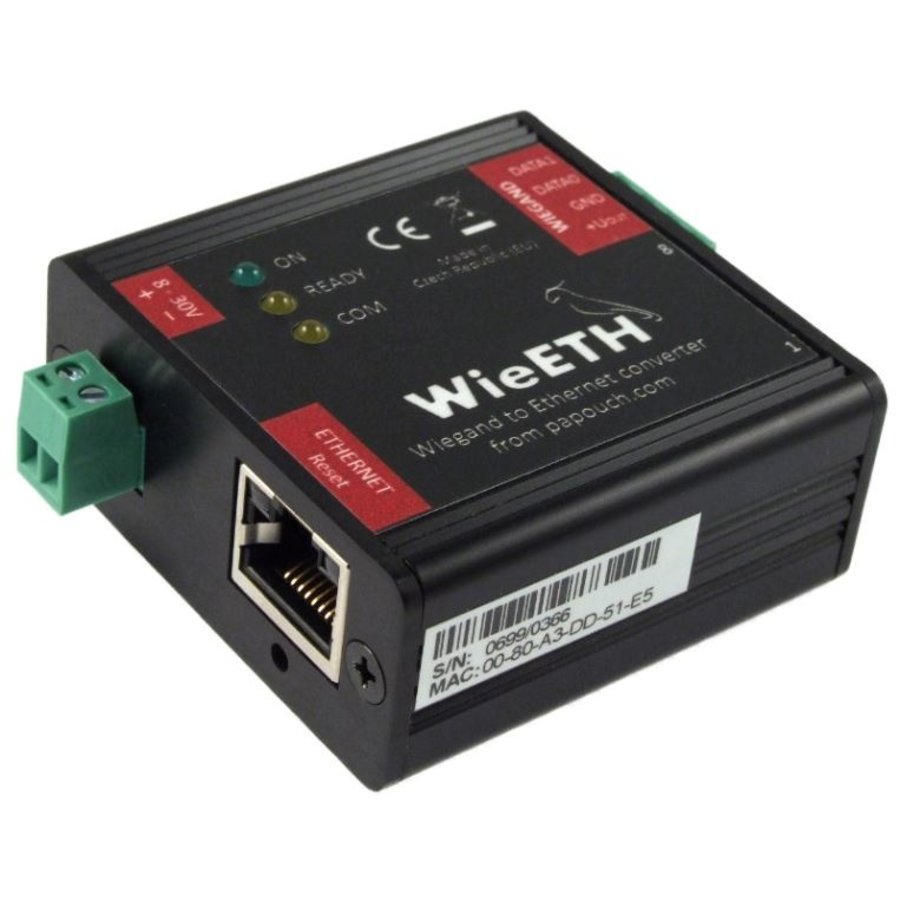 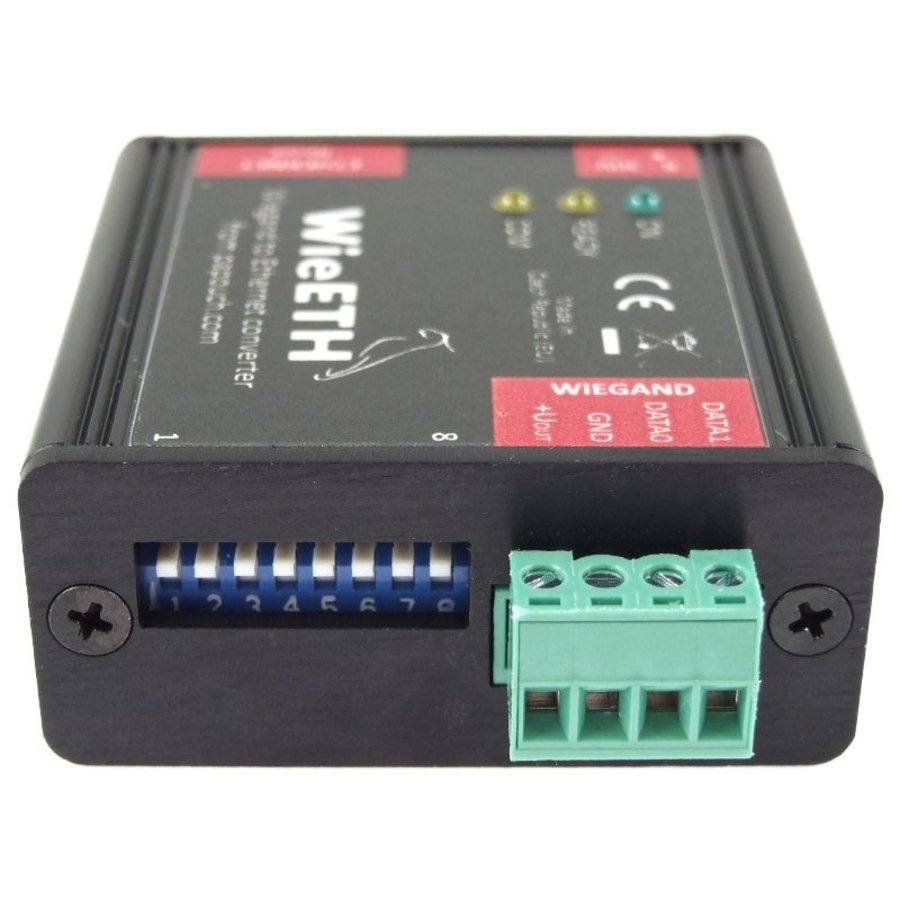 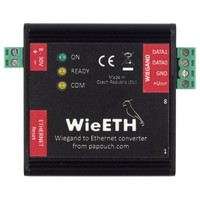 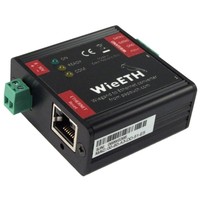 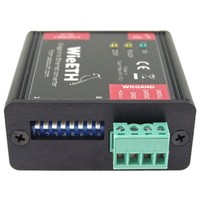 Wiegand is a standard protocol used by readers of contactless cards. WieETH allows for (1) conversion of Wiegand to Ethernet and (2) transmit Wiegand to a remote location over the Ethernet. WieETH can work with Wiegand protocols of any type with a length of 1 to 64 bits.

Any packet can be generated to the Wiegand interface using a Spinel instruction.

Two WieETH converters connected to Ethernet can work in a pair sending a Wiegand packet over the Ethernet as if there was a regular Wegand connection. First WieETH that reads cards is set to Wiegand – Ethernet mode (TCP client mode) and the second converter to Ethernet -
Wiegand mode (TCP server mode).

Add your review
0 stars based on 0 reviews 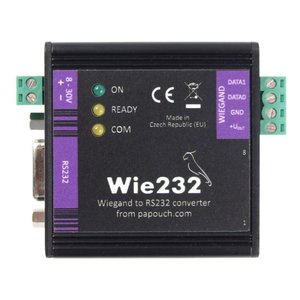 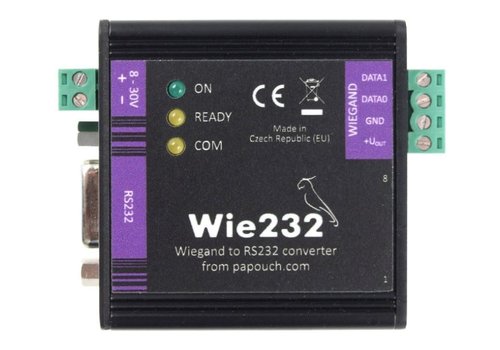 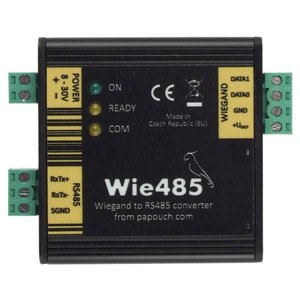 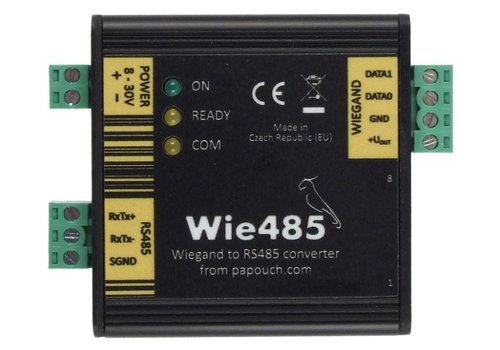